The charity is dedicated to providing for the growing needs of education, spiritual direction,  and the relief of poverty for the children of the Dominican Republic.

On January 1, 2018, the Abundant Life Charity was established. The charity is dedicated to providing for the growing needs of education, spiritual direction,  and the relief of poverty for the children of the Dominican Republic.

Since the founding, funds have also been sent to alleviate hunger and suffering during the aftermath of hurricanes. As a charity led by volunteers, 100% of the donations go directly to supporting needs in the Dominican.

Whether by chance or by God’s plan, Kevin went to work for Home Hardware Stores Ltd in 2018. This company has an incredible ethos and philanthropic involvement in over 1,000 communities across Canada.

A convention is held annually for the Lumber and Building Material (LBM) Dealers, and as part of this philanthropic culture, they have been participating in school builds throughout Mexico and the Caribbean since 2016 as a way to give back to the communities that they are visiting. Kevin and Denise attended their first Home Hardware Convention in the spring of 2019 and soon learned that the Company did not have a mission project for the following year. By the end of the Convention it was agreed that Home Hardware would partner with them to build the first level of the school.

Land was purchased for a future school site in March of 2019 with a contractor and architect hired and construction began soon after.

In early 2020, 200 people including Dealers, Home Hardware Team Members and Suppliers volunteered their time over a two-day period and the impact was incredible. The school was transformed with the provision and installation of windows, electrical, fixtures, plumbing, painting as well as bicycle assembly for children to use to get back and forth to school. 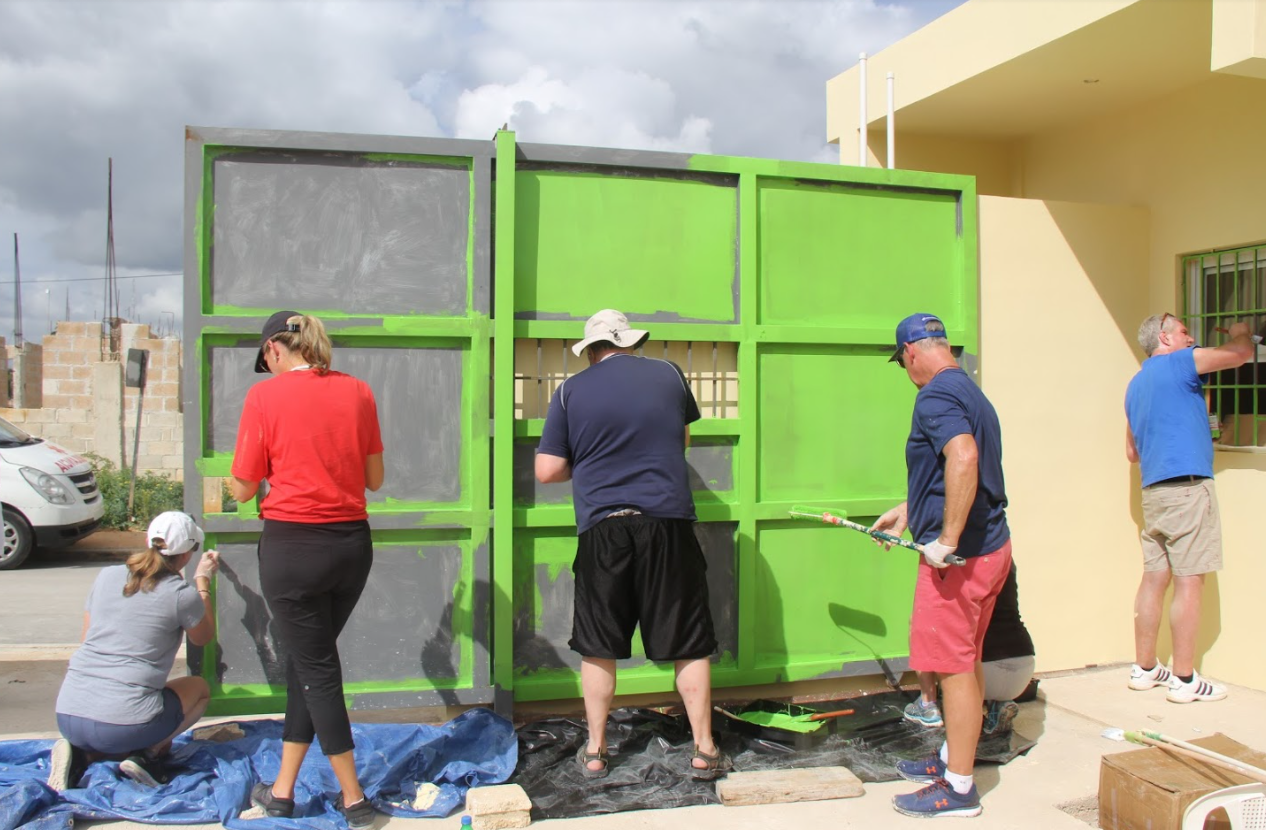 Some of the key things they accomplished were:

With Home Hardware’s monetary and labour donations, Phase 1 ( the ground level with adequate foundations for a second level of the school) was completed.

Summer at the Abundant Life Charity

Our mission is to make a difference in the lives of Dominican children by providing education, spiritual guidance and the relieving of poverty. As a part of our spiritual guidance initiative, some of our students have taken part in Summer Camp Bible studies.

For $400US, the Abundant Life Charity can provide the families of the Batay with meals for 2-3 days. For some, these  are the only meals they are able to eat in a week. Our goal is to help these families do more than just survive.

Selected as 1 in 5 Schools by Minister of Education

The Abundant Life Charity school was paid a visit by the Minister of Education. Just months after opening their doors, they are able to participate as one in only 5 schools to carry out the Community Satisfaction Survey for the school year.